The Stephenson Ocean Security (SOS) Project examines the intersection of ocean health and global security. It proposes policy solutions that support sustainable development and reduce conflict. This project focuses on the ways ecological and socioeconomic changes interact to drive competition for marine resources and how such competition contributes to instability and geopolitical risk. Proposed policy solutions emphasize the ways effective ocean governance can moderate these risks and increase the resilience of both ecosystems and states against the destabilizing forces of change.

The competition for ocean resources is increasing rapidly as coastal nations expand their economies and the global population continues its growth towards eleven billion people by the end of the century.  More than three billion people already depend on fish for a critical portion of their daily protein intake and this number is expected to grow in the years to come, even as 90 percent of global fish stocks are already fished at or above sustainable levels.  This crush of supply and demand is a growing cause of instability in key regions of the globe including the western Pacific, the Gulf of Guinea, and the Arctic.  Conflicts in these regions have the potential to arise from and be exacerbated by resource competition.

Illegal, unreported, and unregulated (IUU) fishing is among the most common sources of such conflicts and may account for 30% of the global seafood trade.  IUU fishing is therefore both a significant barrier to sustainable resource management and a disruptor of legal fishing markets.  It is also often integrated and indistinguishable from trade in other illicit goods including drugs and weapons and has been associated with human trafficking and slavery.  Key actors include trans-national criminal networks but also states seeking to use fishing fleets and the seafood trade as expressions of soft power and as a means of gaining economic advantage in the maritime sector.

Compounding these disruptive forces is the continuing shift in marine ecosystems as a result of climate change.  These shifts include the opening of vast new areas of the Arctic to potential use, the degradation of coral reefs and other foundational ecosystems, and the continuing migration of marine species to new waters and regions of the globe.  Countering these challenges will require the development of new regional maritime security coalitions, novel detection and enforcement mechanisms, and support for sustainable development practices that stand in opposition to short term, exploitive investments.

In addition to fisheries conflicts, ongoing debates about access to oil and gas resources on the Arctic outer continental shelf and in disputed waters in the South China Sea have the potential to exacerbate existing political tensions.  On the high seas, the developing debate over management of sea bed mining and conserving biodiversity beyond national jurisdiction (BBNJ) will serve as practical demonstrations of the ability of the UN Convention on the Law of the Sea and its subsidiary agreements to serve as effective modes of ocean governance.

The Stephenson Ocean Security Project is a new initiative of the Center for Strategic and International Studies that highlights global security challenges that arise from marine resource competition and promotes solutions that support sustainable development, coalition building, and the need for American leadership. 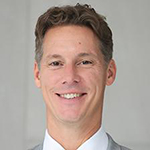 Dr. Whitley Saumweber is director of the Stephenson Ocean Security Project at the Center for Strategic and International Studies. He has worked extensively across the federal government, academia, and private sector developing practical approaches for integrating marine science with pressing policy needs. He has been a visiting fellow with Stanford University’s Center for Ocean Solutions and served as President Obama’s associate director for Ocean and Coastal Policy in the White House Council on Environmental Quality. In this latter capacity, he led the development and implementation of President Obama’s agenda for marine conservation and stewardship on behalf of the White House. This included leading teams responsible for the creation of multiple marine reserves of global significance; development of the first U.S. seafood traceability program to combat illegal fishing; directing our National Ocean and Arctic policies; and oversight of national sustainable fisheries policy. Previously, Dr. Saumweber has served as a senior adviser to the National Oceanic and Atmospheric Administration (NOAA) administrator, worked as an adviser to the late Senator Daniel K. Inouye (D-HI), overseen a national research and monitoring program at the NOAA, and worked as an ocean scientist and educator. Dr. Saumweber holds a Ph.D. in biological oceanography from the University of Rhode Island. 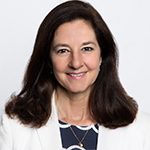 Monica Medina is the founder and publisher of Our Daily Planet, an environmental e-mail newsletter, and an independent consultant. She is also an adjunct professor in the School of Foreign Service at Georgetown University. Previously, Ms. Medina served as deputy director of the Environment Program at the Walton Family Foundation, and she was senior director of ocean policy at the National Geographic Society. From 2012 to 2013, she served as special assistant to the secretary of defense. Earlier, she served as principal deputy undersecretary of commerce for oceans and atmosphere at the National Oceanic and Atmospheric Administration, where she led efforts on Arctic conservation and restoration of the Gulf of Mexico after the Deepwater Horizon oil spill.

The Stephenson Ocean Security Project is a product of the Andreas C. Dracopoulos iDeas Lab, the in-house digital, multimedia, and design agency at the Center for Strategic and International Studies. Special thanks to creative leads Jacque Schrag and Tucker Harris, and for their work developing and designing the website.

This project is made possible by the generous support of the Stephenson Foundation.

Established in Washington, D.C. nearly 60 years ago, the Center for Strategic and International Studies (CSIS) is a bipartisan, nonprofit policy research organization dedicated to advancing practical ideas that address the world’s greatest challenges. CSIS is ranked the number one think tank in the United States by the University of Pennsylvania’s annual think tank report. To learn more about CSIS, visit www.CSIS.org.